Life is full of big decisions.

Profess your love or play it cool? Over easy or sunny side up? Argue or let it go? Leave everything behind for what might be the big break? Speak your mind or pretend it doesn’t matter?

There’s another big decision you might be making. Grow sunchokes or avoid sunchokes?

It doesn’t seem like such a big decision, but it is.

I was drawn into the sunchoke question a few years ago. I’d been reading about health problems linked to inflammation. It’s a scary list that includes asthma, allergies, arthritis, auto-immune disorders, osteoporosis, heart disease, depression, diabetes, cancer, and Alzheimer’s. If that’s not enough, inflammation is also a key factor in skin aging and other outward signs of aging. There are all sorts of things you can do to combat inflammation. Things like being physically active, eating a Mediterranean diet, flossing daily, and getting adequate sleep (not easy for insomniacs like me). It also helps to include sources of inulin (not insulin!) in your diet.

Inulin is a soluable dietary fiber. It brims with naturally occuring oligosaccharide (linked sugars) that belong to the class of carbohydrates known as fructans. Unlike most carbs, inulin isn’t digestible. It ferments (a sort of intestinal home brew), boosting healthy intestinal micro flora but not your blood sugar.

A great source of inulin happens to be the sunchoke. In the world of inflammation prevention it’s called a prebiotic, basically an eager cruise director of healthy gut flora.

So I grew some.

I didn’t know at the time that the sunchoke is a member of the sunflower family. It is.

A huge, prolific member of that family. These plants are nearly 8 feet tall. 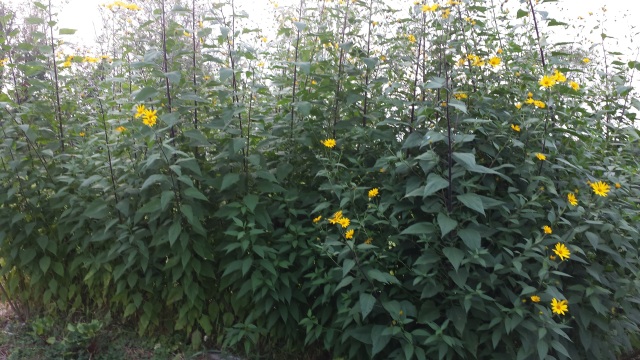 The few tubers I planted turned into a veritable forest, tall stalks topped with cheery yellow blossoms waving in the slightest breeze.

First off, these are powerfully prolific plants. Don’t grow them where you don’t want them to keep growing. If you’re afraid you’ll be screaming with sci-fi horror, “just make it stop,” then don’t plant them anywhere you can’t mow. Because mowing, maybe a few years of mowing, is really all that will stop them. (Unless you’re a Round-up sort of person. I’m pretty frustrated with you people for all sorts of reasons.)

Second, I haven’t seen anything written about this but sunchokes seem to have a very positive effect on the soil. I planted them in a section of our back garden that was mostly clay. A few years back we’d amended the soil with some well-seasoned cow poo contributed by our cattle pals, but it was still hard with broad orange streaks of clay. After two years of growing sunchokes, that same patch is loose, friable, and teeming with worms.

Third, these babies last all winter. You can harvest them through the holidays, into the last days of winter, maybe even into early spring if you’ve had heavy snow cover without a thaw. Right now it’s April and I’m digging up sunchokes. Most of them at this point aren’t for us, they’re cattle fodder, but still useful.

Finally, and perhaps most significantly, these tubers are commonly known as Jerusalem artichokes. They’re not artichokes nor are they from Jerusalem. They’re also called by another name you should know: “fartichoke.” That’s because the tuber’s health-promoting insoluble fiber gives some people gas. Prolific, propulsive gas. 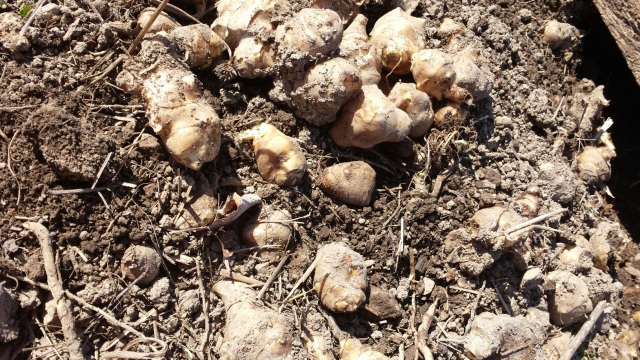 Don’t harvest sunchokes until after the first hard frost. And then, harvest only what you need and use them while they’re still firm.  Sunchokes happily stay fresh and firm under the snow all winter so you can dig out a few as needed. (Unless the ground is frozen solid. We dug up more in March and early April than we did December to February.)

The first few times you eat them don’t eat too much. They’re tempting little devils when sliced thin and fried into Sunchoke Chips (or Paleo Fries.) Take a few bites and stop. Think of them like beans. If you don’t eat them often your gut may not have enough We Handle This Particular Fiber bacteria. Give your microbiota time to handle the challenge with small regular sunchoke doses.

Avoid eating them raw. There are lots of recipes telling you to add them to salads (just like jicama!) but don’t. Just don’t. 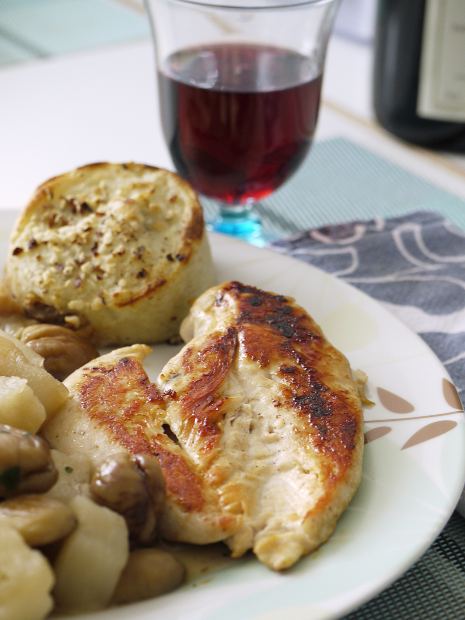 Some culinary thoughts on the wonderful versatile sunchoke

Remember, don’t harvest until after a frost or two because cold sweetens the tubers.

Only harvest what you can use in the next day or two. Stored too long they get discolored and lose their firm texture.

Sunchokes are fascinatingly convoluted. No need to peel. Snap or cut them apart so you can clean all the crevices, then scrub with a brush meant for potatoes.

Sunchokes hide nicely in all sorts of dishes and seem to be trendy the last few years.

Sunchokes oxidize when exposed to air, just like apples or eggplant. To prevent this, use right after cutting or toss with an acid like lemon juice or red wine before cooking. There are a bunch of other fascinating tips for preparing sunchokes here — one of my favorites is a pointer about preventing sunchokes from turning gray when pureed or made into soup (their high iron content causes this to happen): again they suggest that you add a pinch of cream of tartar or an acidic liquid (like lemon juice) to the sunchoke cooking water.

They qualify as paleo as well as low carb by most reckonings.

Make them into soup, crisp them in a pan with prosciutto and mint, toss them with fettuccine, crust them on fish, serve them roasted with chicken, hide them in garlic mashed potatoes.

Sunchokes are great roasted. I like to cut them up along with onions, potatoes, mushrooms, and Brussels sprouts or cauliflower. Drizzle with good oil and roast in a hot oven for 45 minutes to an hour. Halfway through, toss in a handful or two of whole garlic cloves–making sure the cloves are covered by oil so they don’t burn. Yum.

They’re great in soups. Add a sunchoke or two to nearly any soup recipe, cook thoroughly, and enjoy.

Parboil them, then add them to other recipes. They’re particularly good in potato dishes, plus all that fiber counterbalances a potato’s high glycemic index (if you worry about such things).

They’re also not easily detected (by taste) if you want to toss them into a recipe. Thoroughly boil a few sunchokes, whirl them in the blender, and you’ve got a puree you can add to everything from smoothies to pancakes.

Resist the urge to impose sunchoke-heavy dishes on unaware diners, although it’s tempting when you’ve required to bring something to that company potluck you dread. Well, unless you really wanted to change jobs. 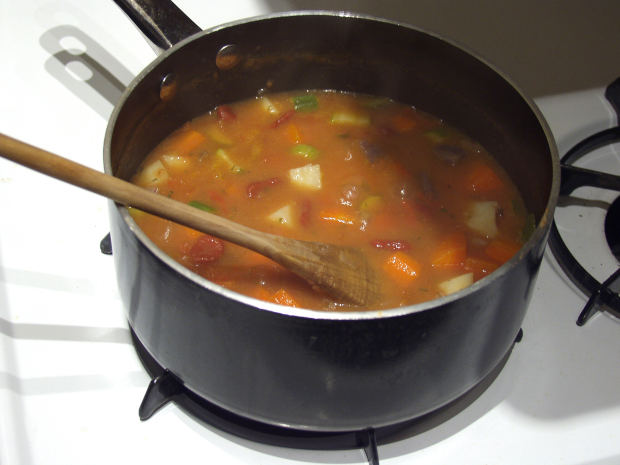 Sunchokes fit in nearly every recipe.