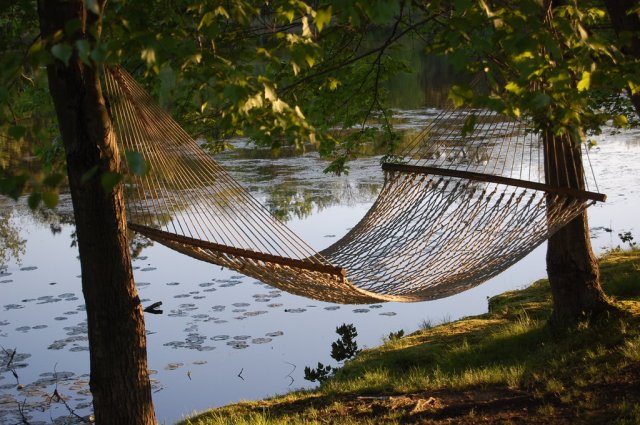 When we first moved to the country a farmer gave us some good advice. “Make it easy on yourself.” He may have been talking about raising cattle, baling hay, anything really. His organic, widely diversified farm was (and still is) an example of ingenuity. He and the generations before him who ran the place looked at necessary tasks and figured out ways to make those processes run more smoothly with less effort. This didn’t mean buying expensive equipment that put the place in debt. It meant thinking for themselves as they tinkered with design to reduce the strain of loading hay into lofts, or trying out alternative methods of manure removal to save time and energy. That way the job is more pleasurable and yes, easier.

This is part of human ingenuity and has been since we first grunted in self-awareness. Let’s face it, humans prefer to avoid wasting unnecessary effort on unpleasant tasks. Sort of like common sense laziness. This worked pretty well for us back in the earliest days when saber-toothed tigers lurked. Evolution favored individuals who didn’t wear themselves out, since they had more energy to flee from danger plus more energy enabling them to think ahead anticipating and guarding against potential threats. All this saved energy was available to use in developing story, song, dance, you know, culture. We humans like expending energy that way! Our forebears passed along the genes for innovation as well as the genes for common sense laziness.

We like the innovative genes. But we judge ourselves pretty harshly for common sense laziness. Until very recently people got plenty of exercise from work necessary to house, clothe, and feed ourselves. Researchers in an Australian study measured activity levels of men who worked in a historical re-enactment village. Each subject wore a device that measured body movements. The results were compared to activity levels of men in current day occupations like accounting and taxi driving. Over the course of a week the 18th century pretenders had 60 percent higher activity levels than the modern group. And it’s probably worth noting that re-enactment is still probably less strenuous than actually living that lifestyle. Other studies have found significant differences in calories burned when we wash dishes by hand rather than use a dishwasher, climb stairs rather than use an elevator, and walk to work rather than drive.

Now we have “exercise.” It’s a strange concept, really. We run nowhere, lift weights only to put them down, stretch without trying to reach anything. At the very core of our being we’re motivated to exert energy when there’s a purpose. Accomplishing real tasks in the real world builds muscles, burns calories, and as a side perk, gets things done. By real, of course, I mean tasks that people several hundred years ago would recognize. (Not the sort of work I do for a living, using the tools of a swivel chair and computer.) In our society we’re eager to use labor-saving devices and often pay people to do the physically demanding work of maintaining our homes, yards, and vehicles. To afford this ease, we work longer hours. Then we “discipline” ourselves to engage in strenuous exercise despite the evolutionary pull toward common sense laziness.

We need a middle ground. I totally agree with our farmer friend. Making it easier on ourselves is smart if we’re doing the hard work of traditional farming or any other physically taxing pursuit. For most of us, that’s not an issue. What is the issue? Recognizing that our bodies need and our minds want full engagement. I know purposeful work is waiting for me: helping a friend move, digging in the garden, painting a room, organizing a closet, and plenty more after that. It feels good to get something done and the exercise is built in.

To fully benefit, a change in attitude is important too. Scolding ourselves for laziness has a powerfully negative effect. Consider a study done with hotel maids as subjects. All day long these women performed physically taxing labors as they hauled heavy carts, bent, scrubbed, and pushed vacuums. Yet when asked, the majority said they didn’t get any exercise. Even more strangely, although these women got more than the daily recommended quota of physical activity their bodies didn’t seem to benefit. Indicators including body fat, blood pressure, and waist-to-hip ration matched their perceived level of exercise, not their actual level of exercise.   It gets even more interesting. Half of the maids were educated about how many calories their daily tasks burned and told their work qualified them as physically active. The other half were not. Within a month, the attitude change group showed a reduction in blood pressure, waist-to-hip ration, and weight. So how you perceive the chores you do each day or the basement you cleaned over the weekend is important.

Oh, and one more thing. Common sense laziness has nothing to do with fun. Playing and dancing and running for sheer pleasure may provide exercise but more importantly, they fully engage our whole beings. They remind us how good it feels to be alive.

Laura Grace Weldon is the author of four books and served as 2019 Ohio Poet of the Year. She's the editor of Braided Way: Faces & Voices of Spiritual Practice. She works as a book editor, teaches writing workshops, and maxes out her library card each week.
View all posts by Laura Grace Weldon →
This entry was posted in exercise, health, laziness, work and tagged evolution, exercise, health, laziness, weight loss, work. Bookmark the permalink.

1 Response to Laziness Is Common Sense