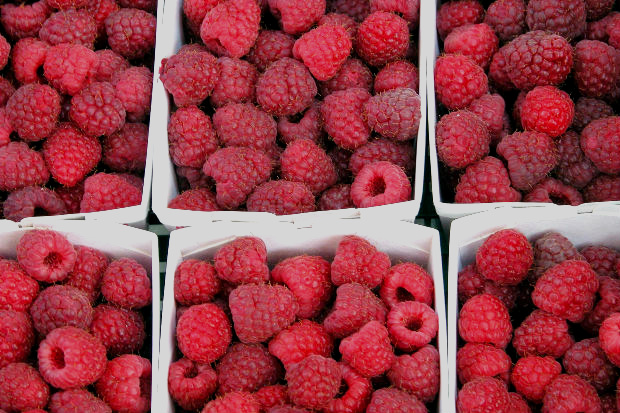 Pint baskets with handwritten tags–raspberry, organic scrawled in blue ink–are enticing. So is everything else at our nearby produce auction. Small lot tables are crowded with local bounty set out for purchase by the hands that raised or made these foods. Apple pies, pickling cucumbers, brown eggs, new potatoes, beets, honey, fresh bread, and much more awaits buyers.

Just beyond, the huge open barn is packed with bigger lots for sale. County Line Produce Auction is open three evenings a week from spring to autumn. This enables farmers to find buyers while avoiding burdensome storage and transportation costs. And the resulting profits stay in the local community. (There are only about 45 wholesale produce auctions in the U.S.) 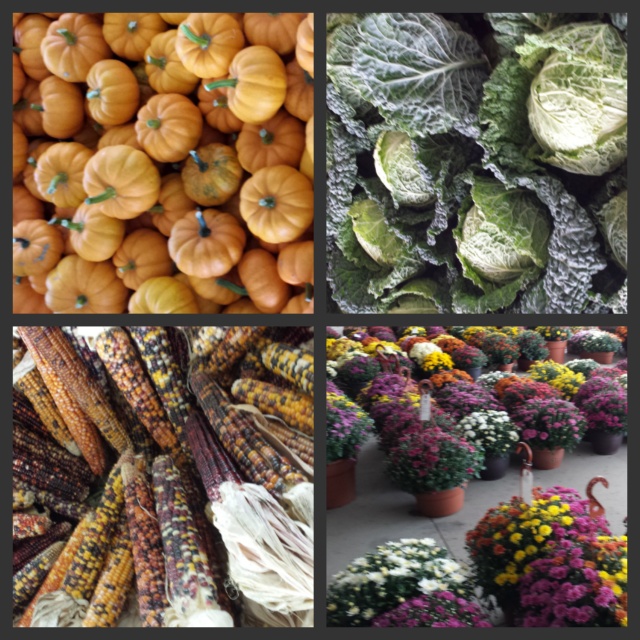 An auctioneer walks along rows of pumpkins, green beans, apples, tomatoes, gourds, chrysanthemums, and potatoes.  He makes eye contact with each bidder as his quick cadence rolls through prices. The bidding warms up over peck baskets of honeycrisp apples in a language of nods and raised fingers. Three pecks of apples go for four dollar apiece, far more than a bushel of Cortland apples bought moments ago. Then he moves on to a ten pound box of jalapeño peppers.

The wholesale auction barn was built along a picturesque country road. For years farmers have been struggling with decreasing prices and increasing costs. Those who sell their goods here are smallholders, most located within five miles. Many are Amish, who have fewer options for getting their crops to buyers. Nearly 50 horse-drawn buggies are parked on the side and out back. 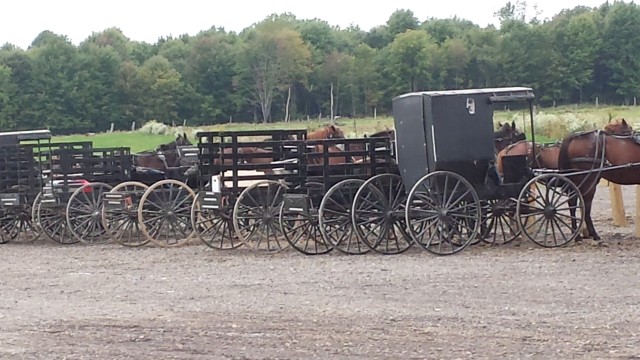 County Line Produce Auction opened for business just this year. A sign with photos of the building under construction says,

We want to thank you all for helping, supporting, and working together as one community build this building and make this produce auction a success. 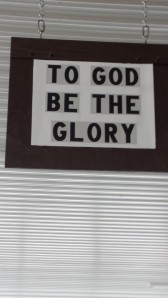 People gather near the items they hope to purchase, surrounded by the season’s bounty. Sweet corn is stacked in bags that hold 144 ears each. Brightly colored peppers contrast with broccoli, kohlrabi, beets and carrots in a tantalizing array.  The tag reader announces, “Now we have two half bushels small yellow squash.” He taps it with a wooden stick. The auctioneer’s chant begins, “Ah dida dadada two, two and a half, three dollars, three and a half, four, four and half, five, five and a half. Ana dada ana, five and half, six dollars, six and half, ana ana dada six and half.” The buyer’s number is recited from memory after the winning bid.

Although many bidders are from farm markets, grocery stores and restaurants, the auction is also crowded with local residents. Three generations of one family are here to buy cabbage for their annual day-long tradition of making sauerkraut. A young couple push their toddler daughter in a stroller. They brought excess tomatoes and peppers from their garden to sell at the small lots table, and plan to buy pumpkins to decorate for a party. An older gentleman is loading his van with a dozen blueberry bushes he just purchased. He grew up on a farm, but doesn’t recall any wholesale produce auctions. “This is a great way to buy and sell,” he says, “And it’s a good place to talk to people.”

What a mix of people. A burly man wearing a Beer For Breakfast shirt talks to an Amish man, teens linger at the stand selling French fries and sandwiches, and small children are everywhere. 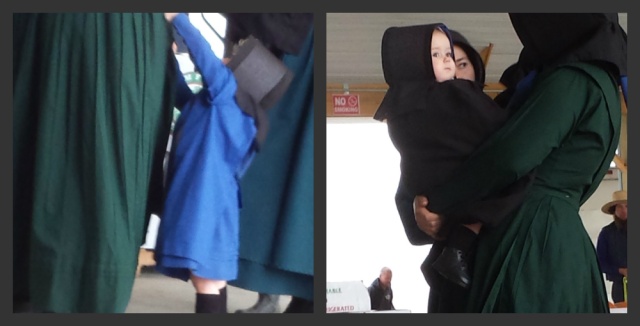 My husband and I are here to augment what we grow. We’ve been canning on and off for weeks but still need apples for applesauce (and pies!). We gladly bid on large amounts knowing we can split items with a group of friends who take turns attending the auction. We’re happy to buy what has been grown nearby, especially since the average produce item found in stores has been shipped more than 1,000 miles.

A pink sunset accompanies us as we move our purchases to the car. We have 35 pecks of freshness to bring home. Plus those lovely raspberries, which we’ll be taste-testing on our drive. 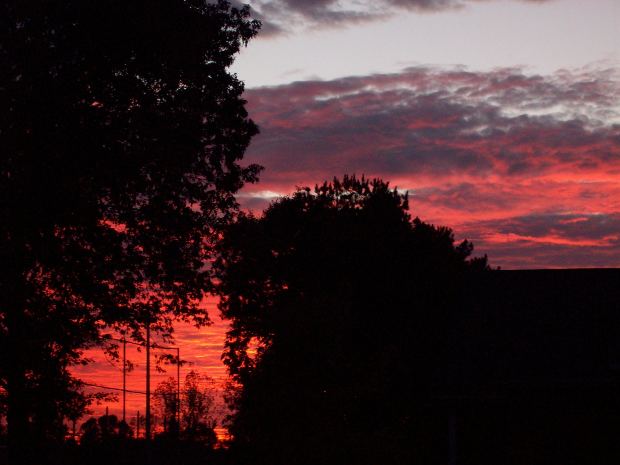